Home Nike The Nike Adapt BB 2.0, and the downfall of self-lacing sneakers 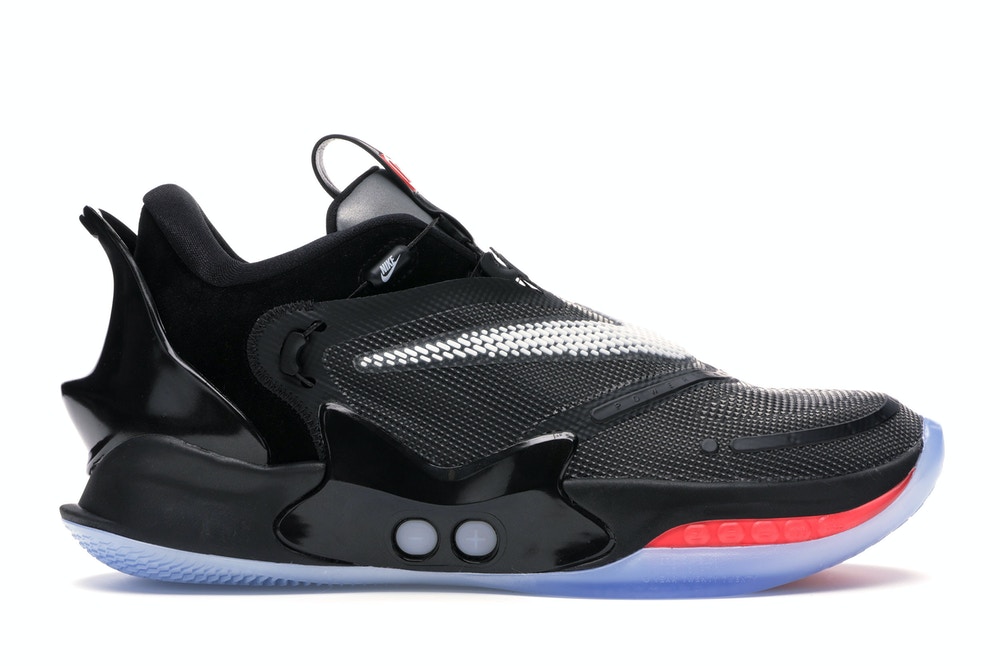 The Nike Adapt BB 2.0 is a low cut sneaker, and features a synthetic wrap that covers the majority of the upper. The sneaker has a plastic heel counter and a 3M tongue, as well as 2 buttons on the midsole that not only allow you to tighten or loosen the fit of the sneaker, but can also be programmed to light up. The sole features Nike’s premium Air Zoom Turbo cushioning and unlike previous adapt models, the wires that allow the shoe to self-tighten, are exposed.

Adapt technology was all the rage back in early 2016, as we had just seen the release of the Nike Mag the year before and were awaiting the release of what came to be known as the Nike Hyper Adapt 1.0. Although the original colorway sold out, very quickly sneaker heads started to stop caring about the Hyper Adapt’s, and a few sizes are actually still available on Nike’s website. This could be due to the heavy price tag and the relatively simple look, but even when the Nike Adapt BB dropped last year for almost half the price, the shoe barely sold out. Since then we have seen a Nike Adapt Huarache that was relatively popular, and then this year we have gotten our hands on the Nike Adapt BB 2.0, which seems to be the least popular of the bunch.

This could be for a few reasons, as firstly the Nike Adapt BB is a basketball sneaker, and as much as basketball sneakers are popular, consumers are more likely to get a cheap shoe that performs well and then spend most of their money on a casual shoe. This is why we have seen a trend in more signature shoes that cover the $90-$120 market being released, as this seems to be what most consumers are willing to pay.

If you are interested in getting a pair for yourself, if your in america you can still find them on Nike’s online store, and if your in Europe, they are now available at KICKZ.com.

© Kickzon 2020
We use cookies to ensure that we give you the best experience on our website. If you continue to use this site we will assume that you are happy with it.Ok