Home Nike A look at the Nike Air Zoom Type, and the N.354 sub-label 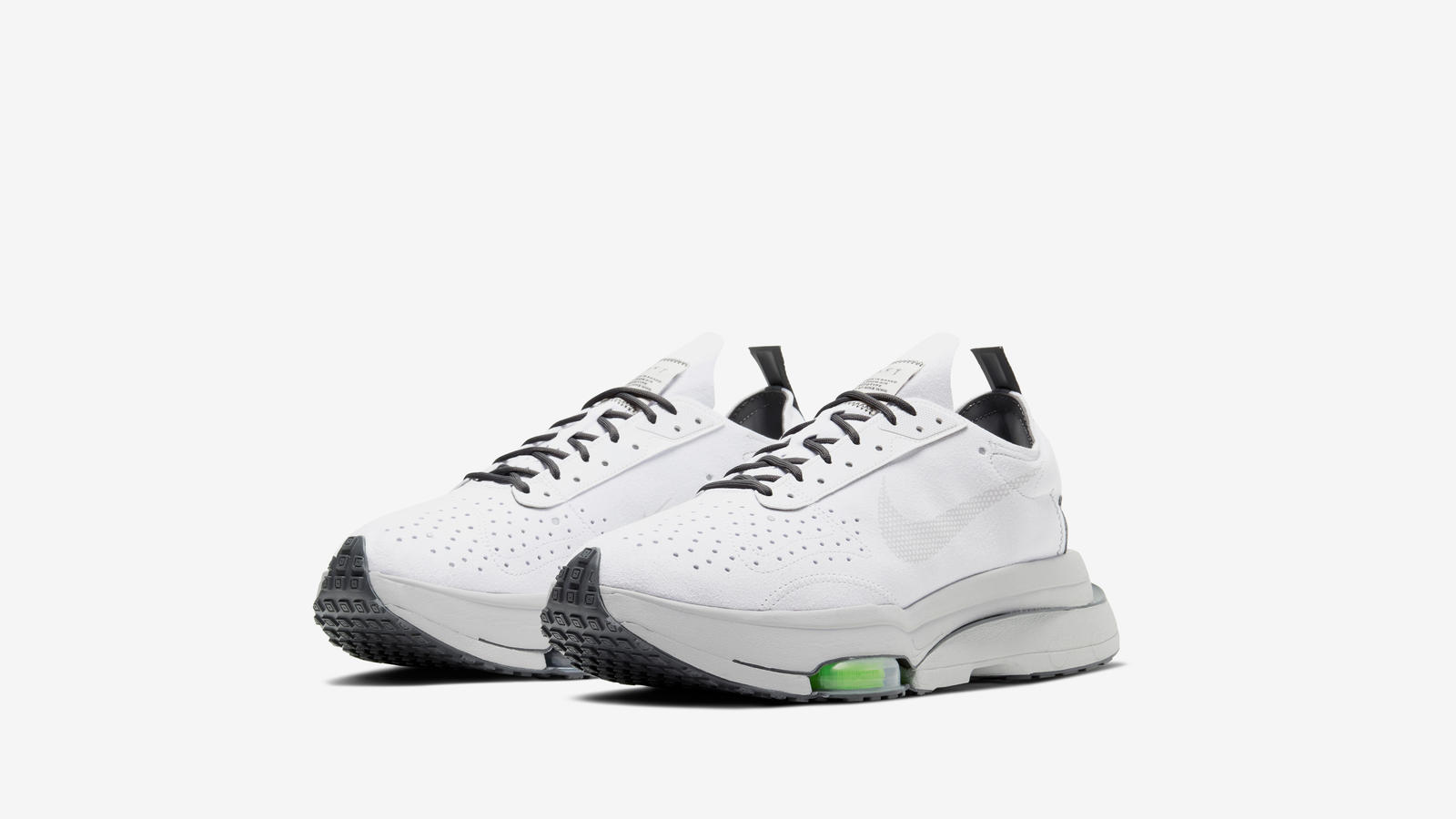 Nike are known to be innovative and daring with their designs, especially thanks to their sub-label N.354 that brings back designs that only got as far as a prototype. Previously creating the Nike Drop-Type LX and the Nike Huarache Type, N.354 has recently deputed a brand new silhouette, dubbed the Nike Air Zoom Type.

The model is supposed to be influenced by an early prototype of the Nike Air Zoom Alphafly Next%, however instead of being designed for running, the Nike Air Zoom Type is made for casual use. The upper looks to be made from a light Durabuck material, with a leather strip around the eyelets, and added foam in the heel, to make more of a secure fit. Where the shoe stands out however, is their sole, as it is comprised of a double stacked EVA foam, with two Zoom Air pods in the forefoot. This will provide an extremely cushioned ride, but a TPU shank plate in the midsole will also keep the sole responsive when used for exercise.

Having released in a white colorway on the 5th of June, the Nike Air Zoom Type is expected to drop in black on June the 15th. They retail for $175 and will be available via Nike’s SNKRS app.