Home Nike A look at the Nike Air Presto, turning 20 this year 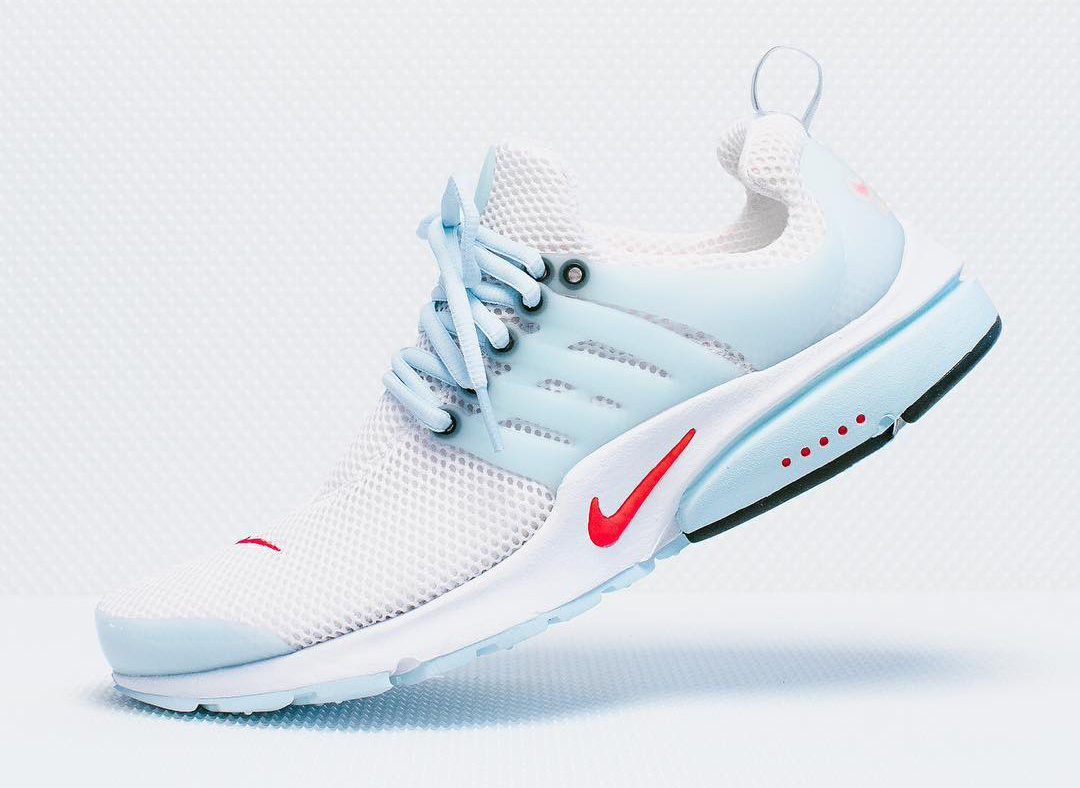 The Nike Air Presto was released in 2000, and was designed by Tobie Hatfield, the creator of Nike Free technology. It was one of the first shoes of its kind, inspiring many sneakers of the early 2000’s, but it also saw a resurgence in the late 2010’s. The Nike Air Presto is a classic sneaker that although not always getting the recognition it deserves, has always had a special place in sneaker heads hearts.

The Nike Air Presto traditionally consists of a neoprene or mesh upper, with a plastic cage around the forefoot and heel area. There is a Nike swoosh on the midsole and toe, and the Nike Presto logo can be found on the tongue. The shoe has a minimalistic design that is mainly focused on comfort, hence the thin breathable upper and the one piece tongue, which allows the shoe to work as a slip-on. However, the Nike Presto’s sole does not provide the same comfort as the rest of the shoe, as it features a small air unit in the heel that is encased in a stiff foam.

That is why last year we saw the Nike Presto come back, but this time with Nike’s React cushioning in the sole. Released in time for summer 2019, the redesigned model brought a modern look and increased comfort to the Nike Presto, whilst still keeping the identity of the shoe intact. The shoe received a great reception thanks to its new comfort, and the brand new aesthetic that it came with, most notably from sneaker You-Tuber, Mr Foamer Simpson, who claimed it was one of the most comfortable sneakers he had ever worn. For only $10 more than the original, the Nike React Presto is one of the most exciting casual silhouettes we have seen from Nike in recent years.

The Nike Air Presto hasn’t always been the most hyped model, or gained the most attention, however for the past 20 years, it has quietly become one of Nike’s best sellers. Its sock-like fit has been copied by many a sneaker, and its neoprene make-up has been pretty popular over the past few years. One of the Nike Air Presto’s best moments in recent years however, was when Nike collaborated with German brand Acronym on a pair of Nike Air Presto Mid’s. Releasing in 6 colorways, the Olive colorway was especially a success, going on to resell for over $1000. Another Nike Presto that was extremely successful in recent years was the Off-White Nike Presto, which was a revamped version of the original, that was designed by Virgil Abloh for his now infamous OFF-White x Nike “The Ten” collection.

Most recently, the Nike Air Presto released in a South Korea inspired colorway that was covered in red, blue, and white, and featured the South Korea flag on the back. Although they sold out, they are still available on stockX for around $130, however many other colorways of the Nike Air Presto can also be found on Nike’s website. So, whether you want some shoes for the summer, or just a pair to wear around the house during quarantine, the Nike Air Presto is a great pick.