Home Air Max A brief look at the Air Max Plus, and its Tuned Air... 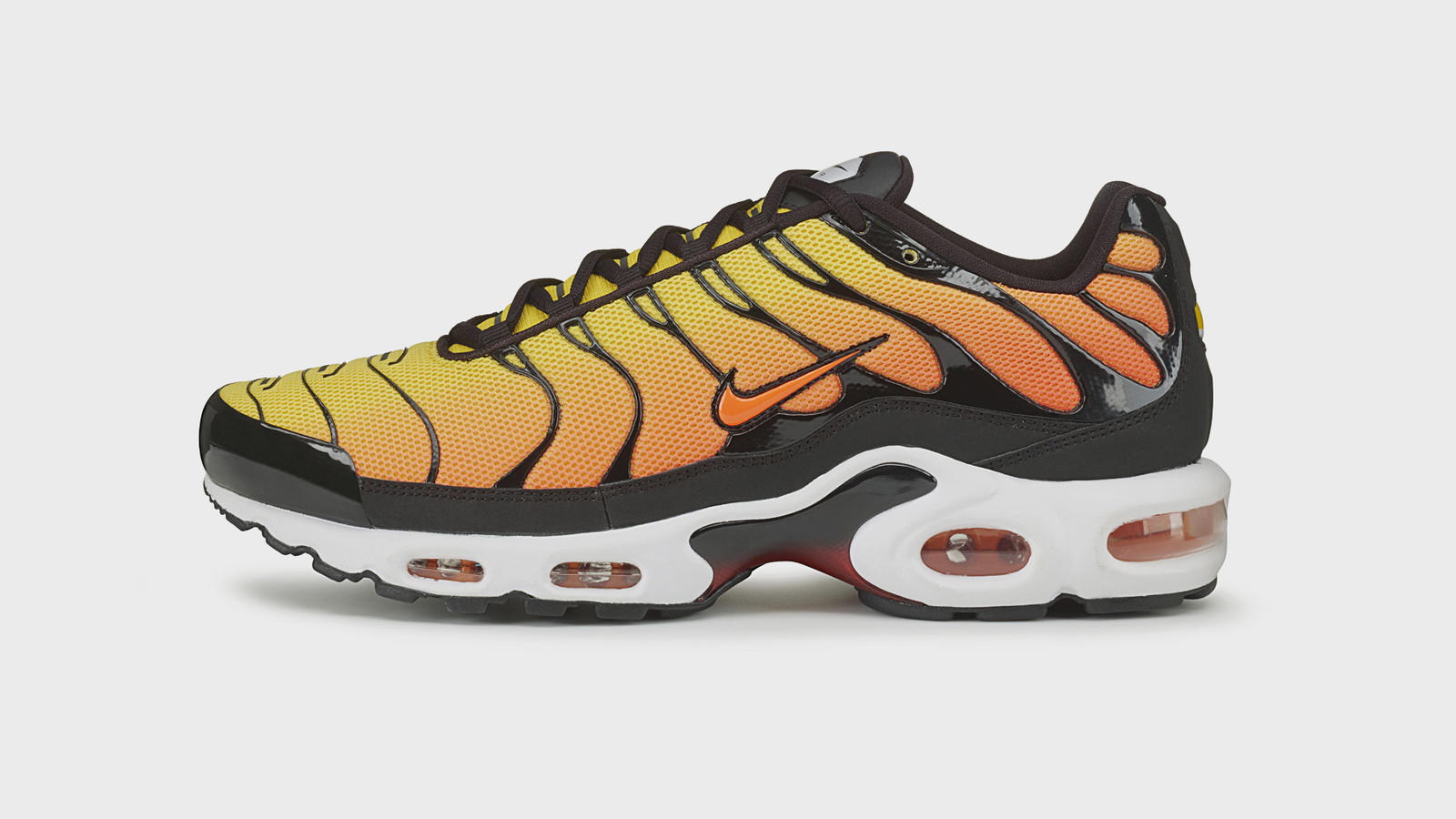 The Air Max Plus usually comes in either a neoprene, or mesh upper, with a plastic exoskeleton holding it in place. It also features a leather mud guard around the base of the upper, and has the now famous TN logo on the heel. The midsole is just as interesting, with both Max Air and Tuned Air units encased in a standard foam. Lastly, the sneaker features a whale-tail shaped shank plate emerging from the middle of the outsole.

Designed by Sean McDowell, the shoe is said to have been based off of sunsets in Florida, as before McDowell worked on the sneaker, he had gone out to watch the sunsets on the beaches of Florida, and would draw them in his sketch book. The plastic exoskeleton on the Air Max Plus resembles the palm trees swaying in the wind, and the colorful gradient on the upper is supposed to resemble the colors of the sky at sunset. This was very nearly scrapped as an idea, as no one was quite sure how anyone was going to be able to mass-produce an upper with a gradient on it, but luckily for us, they were able to find a way.

The shoe released in 1998, and was made because Nike had recently come up with a new technology, dubbed Tuned Air, and they needed a brand new shoe to use it on. This was made along side footlocker, who had already said no to 12 designs before McDowell took on the job.

The Nike Air Max Plus was also designed at the time to be a running shoe, even though it is now worn for casual use. This is why it features a light, breathable upper, with a palm tree influenced exoskeleton to give the sneaker some structure. Sean McDowell also came to the realization that runners are told to face traffic, so instead of putting 3M reflective material on the back of the shoe, he put it on the tongue and around the toe area.

The Tuned Air was also made for running, and consisted of an Air unit that was held up by two foam semicircles that were pressed together. This would in theory allow for a more cushioned ride when running, but even though in reality Tuned Air made very little difference, its branding was a large reason for the shoes success. The Tn logo became infamous and the unique look of the Tuned Air bubble allowed the Air Max Plus to become the successful shoe we know it as today.